The first picture I was proud of

My love for photography goes back to around 1997. My dad had an old Minolta XD11 that I loved to play around with. Of course, it was a film camera, so my mom had to take me into Dillon’s to drop off the roll of film. I remember it always being so much fun filling out that film envelope…checking the boxes, marking 35mm film, color prints, and glossy or matte. I’d rip off the sticker paper exposing the sticky, seal the envelope and drop it in the slot, then wait anxiously for the phone call that the prints were back.

When shooting, I made myself a little reference card so I knew what settings to put the camera in based off of the lighting and such- a lot of the other stuff I did was experimental and maybe just hoping for the best when my pictures were returned to me.

I had a middle school friend that I hung out with a lot. Many times during our get-togethers we would have photo shoots of each other. You know the ones- the “senior picture” type poses. Hugging the tree branches, leaning against the rickety fence in our back yard, sitting on the large rock with a “serious face.” Those are prints that I don’t think I want to dig out of the old shoeboxes at my parents house! How embarrassing! Maybe one day I’ll get them out and show them to my kids. They’ll get a good laugh.

Like most middle schooler’s hobbies, photography came and went for me. The camera would collect dust, and then I’d get it out again and take more pictures. I think I may have gotten a couple cameras here and there for birthdays and such throughout middle and high school, too.

The school I went to offered the students the opportunity for travel. I went on a few overseas trips in high school. My freshman year, I went with the school on a missions trip to Romania. With my trusty camera in hand and several rolls of film, I took lots of pictures in Romania. After turning in those rolls of film, and $40 or $50 later in developing, I looked through the pictures I had taken. This picture was the first picture that I had ever taken that I was proud of. A little boy from a gypsy colony outside of Bucharest. 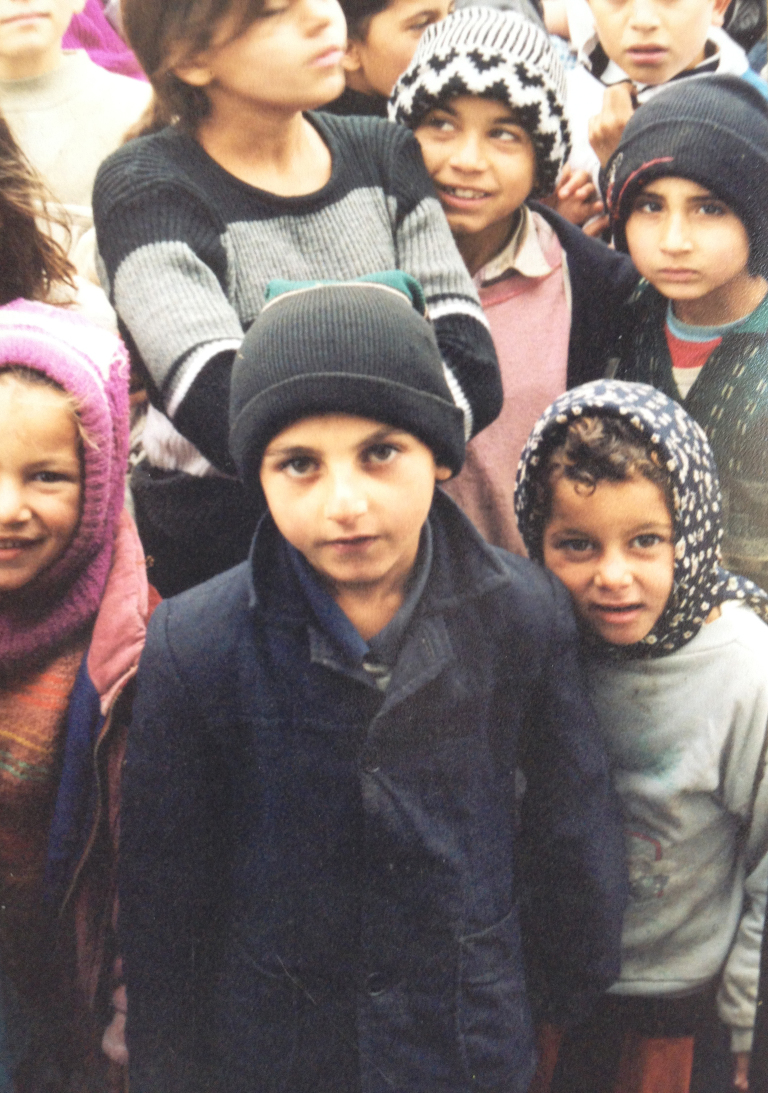 I remember showing the pictures to my English teacher at school (a shout out to Mrs. Ploeck!), and she thought this picture was great as well. Of course, the encouraging speech to a student about employment and career opportunities happened, and she mentioned something about being a photographer for National Geographic. I’m definitely in no position and don’t have the expertise to be a photographer for National Geographic, but that’s something that would be cool to aspire to.

Hundreds of thousands of pictures later, and here I am. (I always hoped I’d be a photographer, and I am!) Out of those thousands of pictures, there are only a few that I’m really proud of. Don’t get me wrong, I feel that I have taken many beautiful pictures, but I’m still after the one. And then the next and the next. What’s my point? Keep shooting. Even professionals take bad pictures and have to shoot and shoot to get “the one.”

« Hudson :: Wichita Children’s Photographer ::Editing ::Before and After:: »